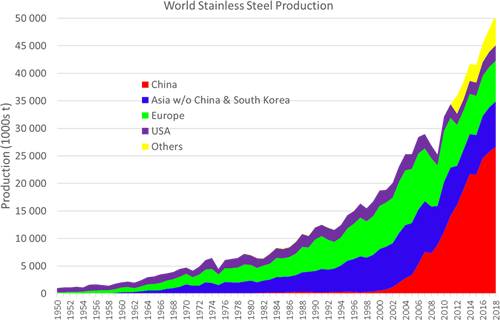 (Unlike the normal CAGR, which calculates the annual rate that would grow the starting value, 1950 production, to the ending value, 2018 production, the fitted CAGR represents the average growth rate returned from an exponential curve fitted to each year’s production tonnage. Unlike normal CAGR, with the fitted CAGR, the value for each year’s production DOES matter, because each value affects the average growth rate that is calculated. This method is used throughout this report.)

China became a member of the World Trade Organisation (WTO) on 11 December 2001. Prior to this, China’s share of global stainless steel production was less than 5%. By 2007, Chinese production had risen to more than 25% and plateaued at just more than 50% in 2013. 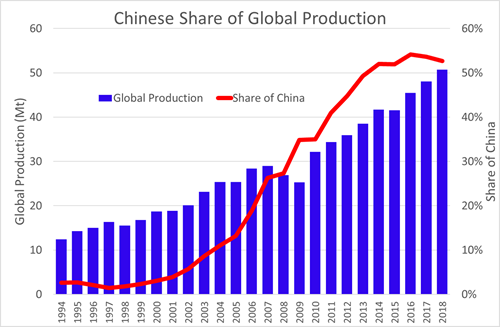